Last night I had the privilege to join in fellowship
with the other wazungu at the CEPAC* guest house.
Here where I stay I feel very blessed to be a part of a community of nations.
There are Norwegians, Swedes, Congolese, German, Hispanic, Congolese, American and Canadian
living on the grounds where I also reside.
And last night, in celebration of their nation's days,
the Swedes and Norwegians hosted a small meal in the center yard.

So after standing around a miniature of the nations flags
we sang their anthems (or listened to others sing them)
and then gathered around the table
eating cinnamon rolls and a Swedish cake,
while drinking soda and coffee.

I recognize what a special opportunity it is
to be able to gather around a table of less than 20 people
and yet have eight languages represented.
I'm thankful for this little community of nations
all gathered here in the DRC to serve.
Some, as I, have only been here a short time,
while others have been here since before the Congo gained independence.
A young man had stepped into a bustling city with multitudes of people,
an elderly lady had stepped into a city of only hundreds
and watched it grow into a city of a million. 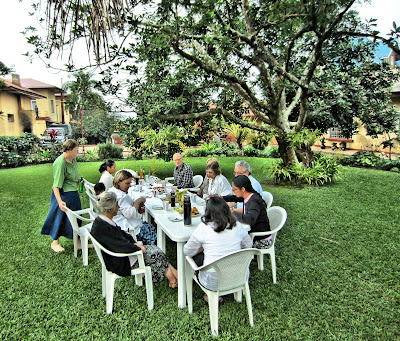 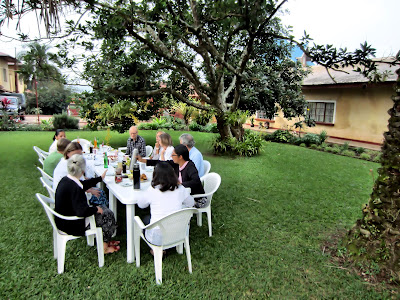 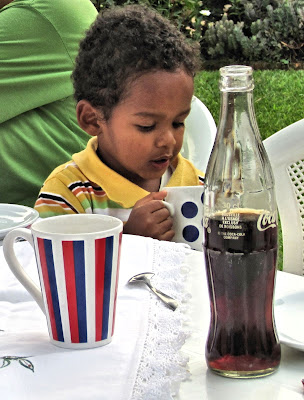 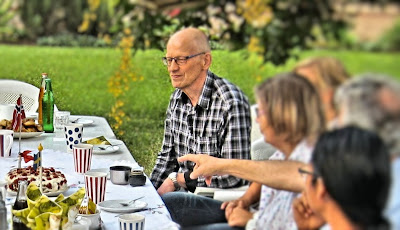 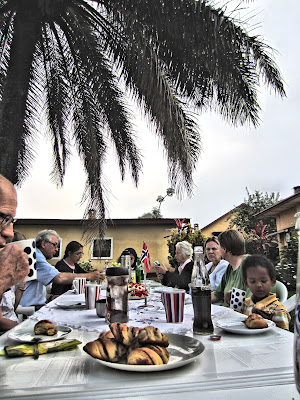 Many ages,
many talents,
many nationalities,
many gifts,
many languages,
many walks of life,
one community.

*essentially the Swedish Pentecostal Assemblies of the Congo.
They have been here for around a hundred years
with many churches,
schools, hospitals
and the guest house as well.