A Step Through Time

There are some moments that make you feel like you've stepped
through some sort of temporal rift, a gateway through time.
Last month I had the opportunity to visit the Lwiro Science Center,
about an hour and a half or so drive outside of Bukavu.
I hadn't high expectations, but I was pleasantly surprised at what I saw when I arrived there.
A complex, several decades old, built by the Belgians as a research center
and planted in the midst of vast fields on one side and jungle on the other.

There is something captivating about walking through old halls and archways like these. 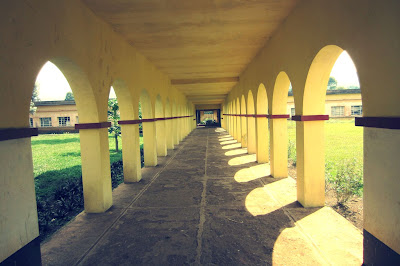 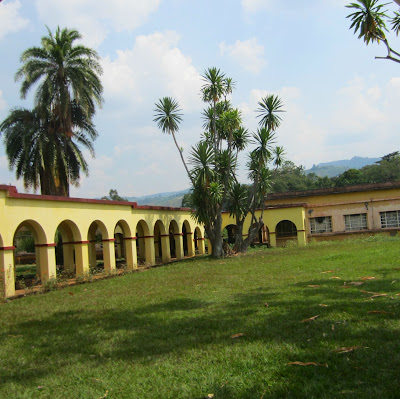 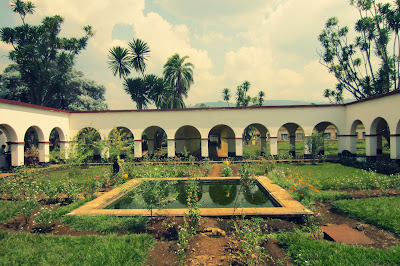 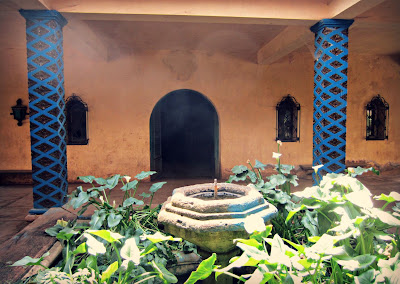 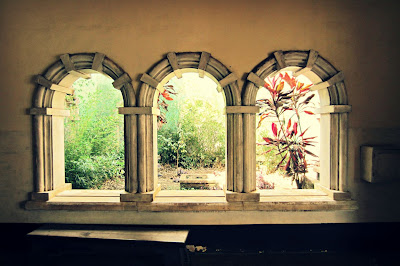 Now the science center hosts a wide range of research including geology, tectonic studies and zoology. I'll be the first to admit that I would not have minded living there for a time just studying some of the wildlife of the area. 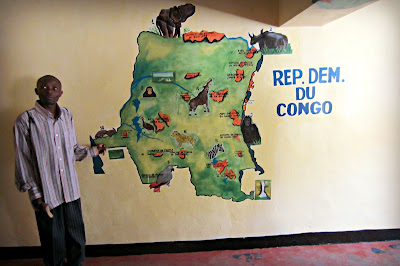 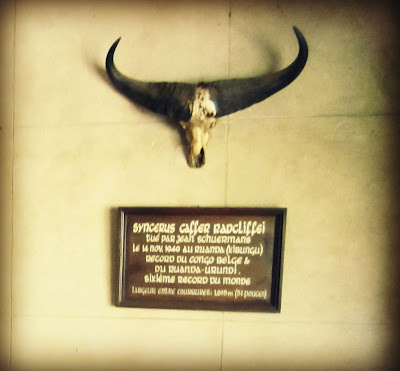 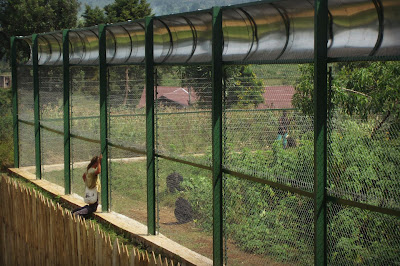 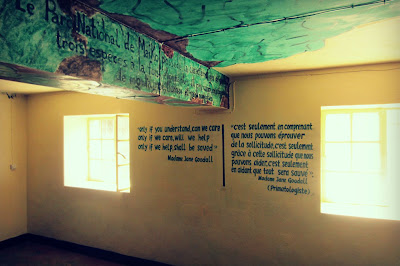 Something that I perhaps enjoyed the most however was one of the last parts of the tour. The group and I entered another section of the complex after checking out a few of the animals (most were hiding in the bush, save for a few chimps).
Now as the group was reading a plaque under a pair of ivory tusks on the wall my curiosity was peaked and my attention drawn away by a glimpse of this dark wooden spiral staircase just barely visible behind a large set of doors.
I had a feeling that I would like what was in the next room, and I was right. 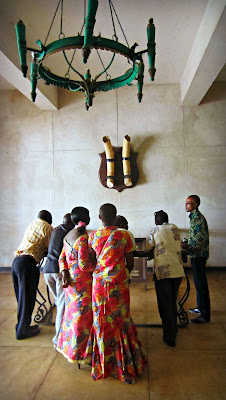 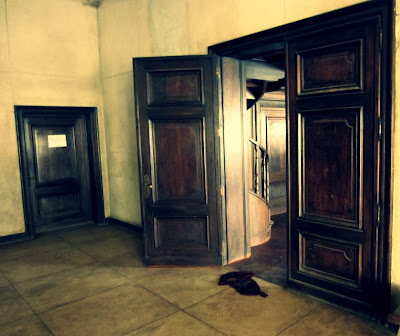 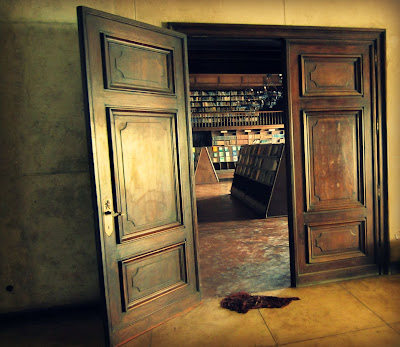 Behind those large doors was this beautiful library with two levels of books and dark wood. I felt like I could read and even write a world of books sitting in that room, and that I would have been sitting next to the famous authors from over the centuries. At the very least, I wished that my school had a library like this to study in, everyone would be a grade A student simply because just standing in the room makes you smarter and have more profound thoughts...its true. 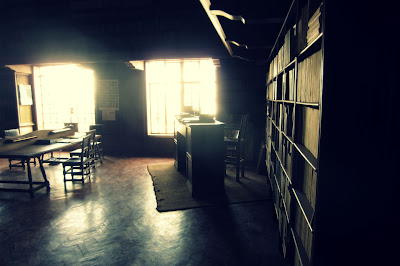 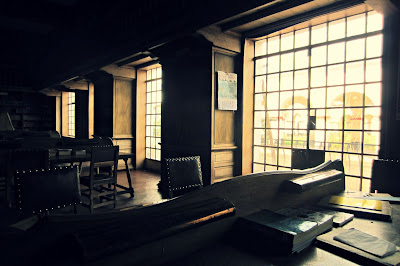 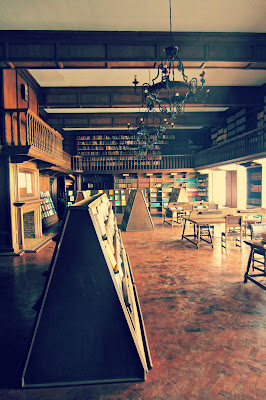 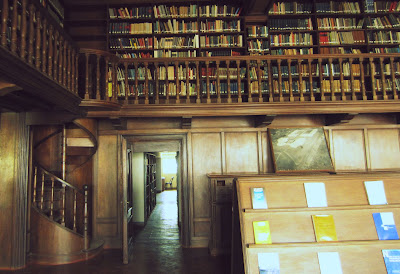 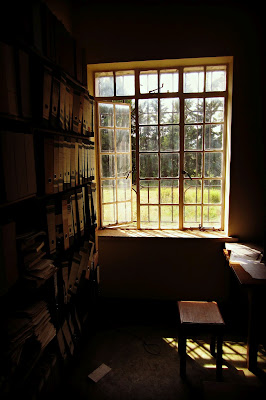 There was also an old overhead photo of the whole compound in the library. 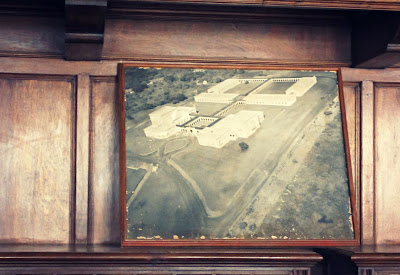 After we spent some time visiting the library we headed through the door above, up a level of stairs and into a binding room. This too was like stepping through time. Though some of the Congolese I was with complained about how outdated the equipment was, I secretly loved it. 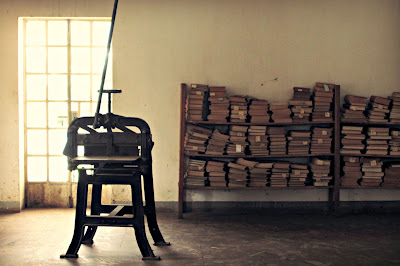 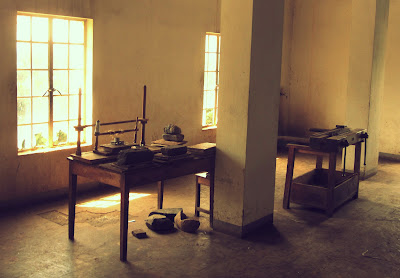 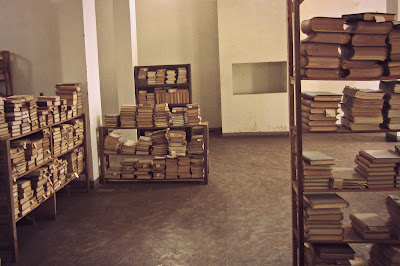 The final stop was for lunch in an old house that now serves as a bit of a restaurant and hotel for workers. It was no exception to the beauty of the visit as it held its own simple charm from where it overlooked the countryside of Eastern Congo. 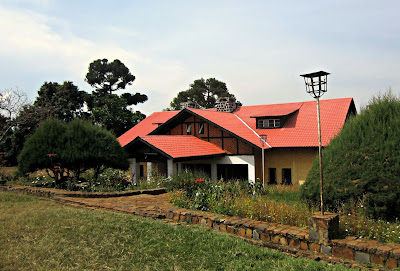 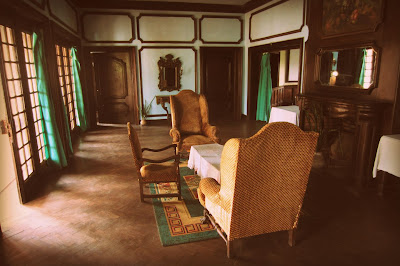 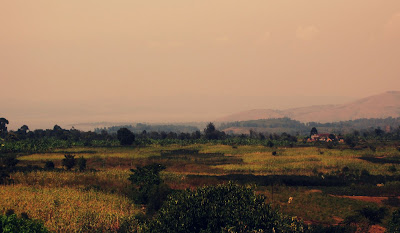 Visiting places like these you can easily forget that you're in a country in the midst of war and what seems like government apathy. I think, no matter where you are though, its okay to be on the search for beautiful things to hold onto.

I am loving my time here, though it is winding down with only 24 days to go!
Sunday I say goodbye to my amazing cook Momma Dorcas as she heads to Kenya
for three weeks on an evangelistic trip, and will not return until after I leave.
I'm sad to say goodbye to her, but excited that she has this opportunity.
Pray for her safety and the safety of her companion as they travel and go to share the Gospel.
Please pray that I don't kill myself with my own cooking.

Tomorrow I'll preach again at the 'Morning Glory' youth service,
a 6 a.m. time of prayer and worship that, I'll admit,
I was not particularly excited to attend the first time.
But there is definitely something beautiful about prayer and praise rising alongside the new day sun.
Saturday I'll be attending a cross-cultural wedding between a Congolese and an American.
Today I talked with the very frustrated mother of the American girl as she is dealing
not only with the stresses of a marriage but of the many cultural expectations as well.
I hope that I can be an encouragement to them and that both sides,
the Congolese and Americans can learn to best respect each others cultures and hopes.

Next blog post I suppose I may finally post some photos of the city I have called home
for the last two months with all its beauty and chaos.
God is good!
I have no doubt that I would be a bitter intern if not for the wonderful work and refining
that He has been doing on me and in my heart.
Prayer is powerful.