I feel like our time together is slipping away now and, as I think of where I will go next,
I'm now having more difficulty writing the words of experience with you into my heart
as I had been in able to do in months past.
So lately I've been searching for a concrete moment to hold onto in mind and heart.

I've had thoughts of my trip to Goma;
of the roads paved by volcanic eruption,
of UN tanks, cruisers and reminders of war that rumbled by
the pink, barbie mansion hotel I stayed in.

I've had thoughts of the boys riding their wooden bicycles like ghosts down the street
as the flour they transported in holey bags colored their bodies white.

I've had thoughts of my visit to Green Lake just outside the city.
A beautiful body fed by underground springs.
A small haven in the midst of tree-filled hills,
yet with its own touch of dishonesty.
For as I arrived in the taxi I had taken,
I first saw the lake which rested at the bottom of a steep path.
Second, I saw all the trash. Its so easily hidden in a photo.
No one could be the wiser that as you stand before this pocket of majesty,
behind the camera sits heaps of garbage, rubbish, waste.
I've been unsure what to make of that moment, Congo.
I've been unsure what to feel about your people who treat the land this way.
Are culture and circumstance an excuse?
I'm not sure.
But I try to hold my patience. I'm merely an observer in this time.

I've had thoughts of the pickpocket at the port,
and the nun on the boat who shared her meal with me.
I've had thoughts of the corruption of military men requesting money for 'infractions' I had made,
and of the vendor who searched for me to return 50 missing franks of change after a purchase.
I saw so many faces of humanity,
I have been so frustrated and yet so refreshed.

Amidst all these thoughts Congo, I think there is something I have been holding onto.
It's not a moment, or a picture in mind, but a thought that I feel I must tell you.

Sometimes I think, in pity, about all your people endure.
How the world of your children is full of dirty clothes,
smoke of garbage burning,
and water spilling from the yellow buckets on their backs.
So many of your people are so poor.
And I let myself think that they thus have some sort of excuse
for taking desperate measures at times.
But poverty is not an excuse to sin, Congo.
If we allow ourselves to pity people in such a way that sins become excusable because of lack,
the cycle of brokenness will never end.
If we allow ourselves to see poverty as an excuse to treat the earth in the most convenient way available, all we end up with is soil stripped of its nutrients and of its usefulness.
The cracks cannot be stopped with material taken by breaking pieces out of the same wall.
No, that cannot be the way.
Poverty is not an excuse for anyone to treat another person and even the earth
with anything less than utmost respect and dignity,

But I do not want your people to have a shallow walk with God.
I don't know them well enough, but in honesty Congo, this is what I think sometimes:
sometimes I think your people see God the way they see me - as a muzungu.
I think that many of your people see hope when they see me,
they see the possibility that their situation can be changed.
And of course this can feel pretty good, to be  hope to someone.
But they cannot set their hope in me, I am too limited.
My only brightness is from the light of God, and that is where there hope must be set.
Even yet though,  I see 'God-fearing people' all over the place,
I see it painted on car windows,
I see crosses around necks,
I see storefronts with the name of Jesus in their logo,
and amidst all these things I see,
I cannot help but fear that sometimes God is just a muzungu here.
Not to all people, no, but to many.
I feel the hope of many is headed in the right direction,
but often it ends up resting in God the resource rather than in God our provider.
That is what I mean in my wondering if God is a muzungu to many of your people Congo.
Many people tell me that when they see someone like me, they see money.
I hope that when they think of God, they do not think merely of the possibility of possessions,
but rather that their hope lies in their eternal inheritance to come,
and their rest is in the present peace and joy that is available in midst of pain.
That their circumstances are recognizable as an opportunity to give glory to God
demonstrated by their utmost satisfaction in Him today.

Congo, I'll admit that I can get so distracted in being proud over what I own, what I've done,
or about bragging that I know someone who owns this, knows those people, or runs that business.
I get so bogged down with petty wealth on earth,
and all the while I am sitting on an eternal inheritance of riches
beyond any earthly comprehension which awaits for me when this life passes.
Maybe I don't believe in my inheritance as much as I say that I do.
I hope my disbelief can be helped though.
Your people Congo, though they suffer now,
if they truly, genuinely set their hope in God, also sit on such an inheritance.

Congo, I do not know the hearts of your people,
and I won't pretend that I understand you.
I am only an observer and these are only my thoughts,
but I feel like I needed to share this with you.
Thank you for all that you've shown me about you and about myself.

Sincerely,
A Sojourner soon to drift
from your midst 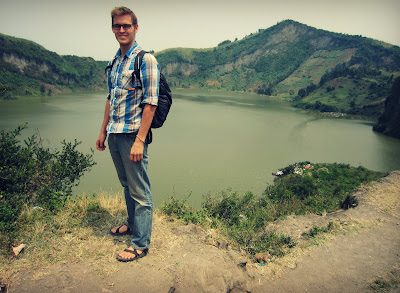 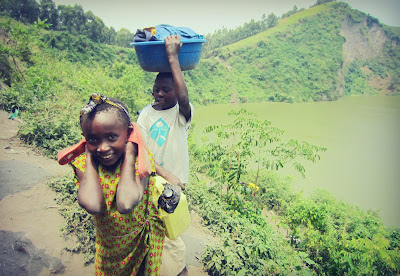