Alright so my previous post was initially meant to be merely a short thought aimed at introducing some photos of the city. But I get a little carried away in my metaphorical musings I suppose.
So here now I had better stick to my original intentions and finally provide some
visual confirmation that I have been living in the city of Bukavu.
This will be one of two or so posts with photos of people, daily life, the nature, cityscape...etc which has made up the place where I chosen to call home for these summer months of 2012.
Here be the first. 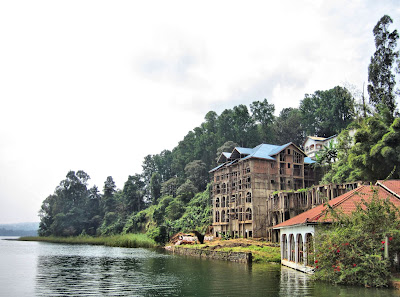 A new hotel being built up near the lake. 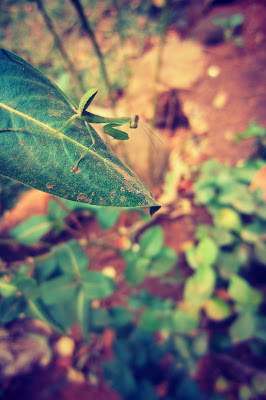 Mantis. Took this photo while waiting for the gorilla crew that fateful Sunday morning.
I had to take ten or more photos before one actually focused on the mantis
thus the fella was getting quite agitated with me being in his face,
hence his butt is sticking in the air. 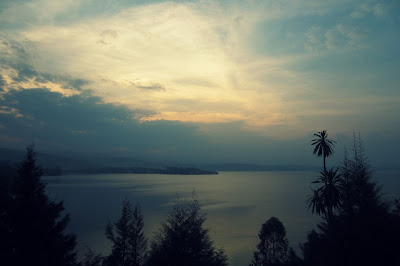 Every time I walk the path to or from Orchid Hotel this is my view. 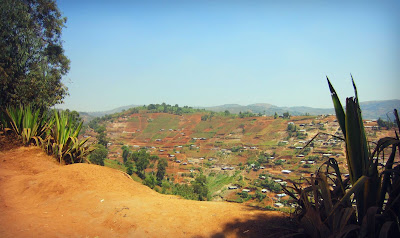 The outskirts of Bukavu. Communities of IDPs (Internally Displaced Peoples). 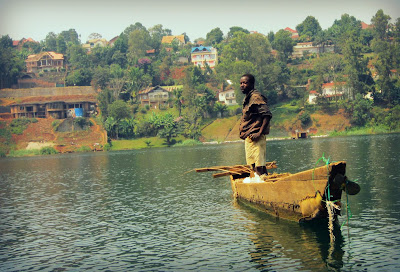 Fisherman...obviously. From the day of my canoe ride. 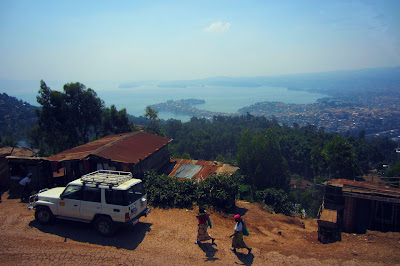 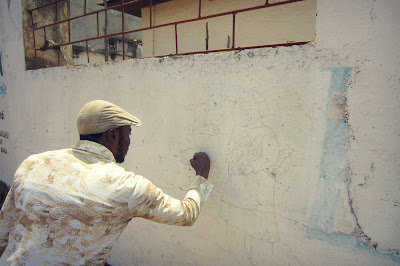 Artist starting a mural for a daycare or school I believe. 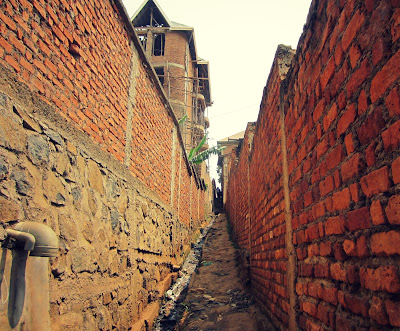 Back alley. I'm told these dirt hills are deadly in the rainy season. Slip'n'slide. 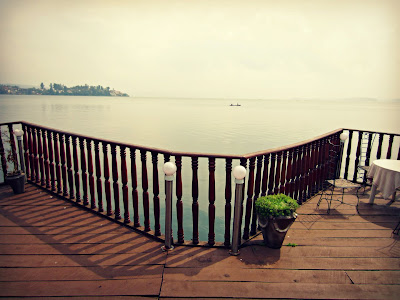 From La Rosche Hotel. One of my favorite places to plan lessons,
I don't meet many people here though hence my increased time at Orchid Hotel. 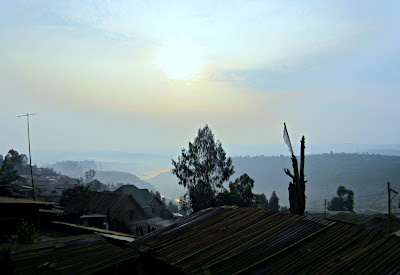 Sunrise over Bukavu and the Rusizi River.
On the way to visiting a family mourning the loss of their baby.
The beauty and the pain. 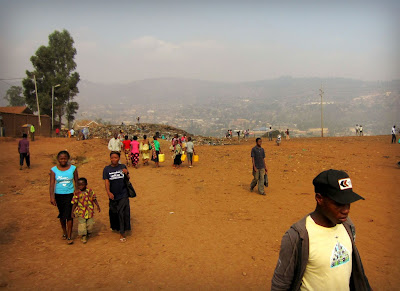 Soccer field and trash heap near my church. The heap serves as a reminder of the poverty in this city as I see people - adults, teens, children carrying babies - pulling scraps out of the trash.
Though the man you see on the heap was actually just reading a book,
a strange place for such an activity I thought,
but to each his own. 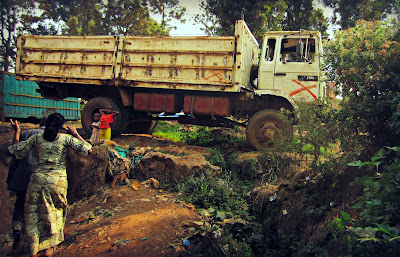 Small kids, huge truck.
In the morning, after visiting one of my best students who was hospitalized by malaria.
He is well again now and back to attending classes. 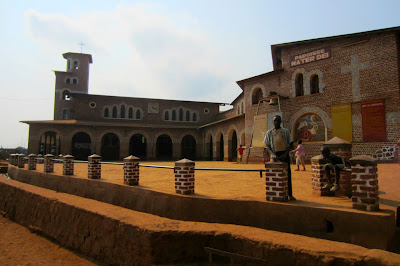 A Catholic church that I discovered only about a week ago despite walking quite nearby it almost every day. I guess I haven't walked with quite enough awareness of whats all around. 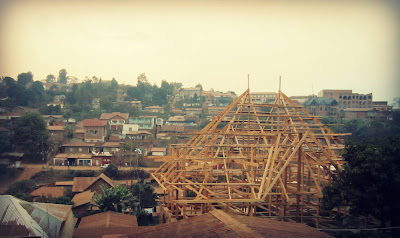 Houses being constructed. Everywhere. Anywhere.
Some may take 20 years to build as people just buy materials whenever they have the money.
A different life.
Posted by AndrewKlump at 10:29